They provide amazing quality in almost every aspect, including HDR entertainment. Almost all aspects of picture quality produced by them are great, from its deep black, smooth color gradient, wide color gamut, and outstanding HDR peak brightness. Apart from HDR both of them have 4K resolution, quantum 4K processors, and similar smart TV features. 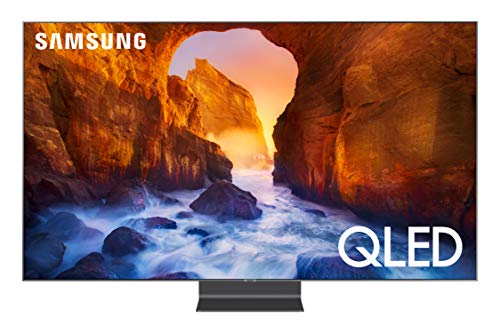 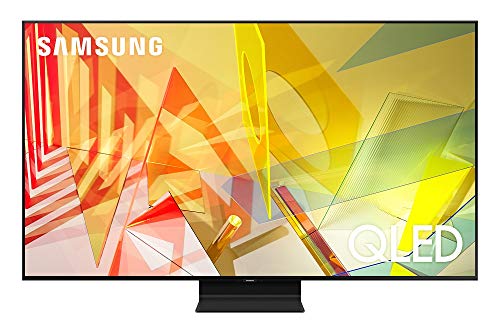 As we are done with the basic usage of these two models, it’s time to look at another comparison table that shows the comparison between their different general features and specs. Before buying a smart QLED TV, it is important to know about these features and other stuff.

There are many features of QLED TV from different aspects that you need to know. And most features will be discussed later in their respective sections. But here is a table that compares some general features of the Samsung Q90T and Samsung Q90R.

As we know that both Samsung Q90T and Q90R among the best models of Samsung QLED TVs, now it is time to see which one is better than the other one. As one of them is the predecessor and the other one is the successor, you might think that there is no debate here about which one will be the better one.

But don’t come to the conclusion just yet. Here we will have a detailed overview of which model is better and works more efficiently than the other one in which aspects. None of them has the total edge over the other one, as while one is better in certain aspects, the other brings more to the table in other different aspects.

So after seeing the overview it will be easier for you to choose a model based on your needs and preferences. So now let’s jump into the side by side comparison and overview of the Samsung Q90T and the Samsung Q90R.

7 facts to consideration and their impact analysis

You have had a brief idea about the differences between the Samsung Q9oT and the Samsung Q90R. You have gotten a rough idea about which model works better in which aspects. But it’s time to get a more detailed idea about different aspects of these two models, and then you will have a deeper understanding of them.

Then you will find it even more convenient to choose one among them according to your preference. And in order to understand more about the models and more about their comparison, there are 7 important facts to consider. These factors are

Fortunately, both of them have an excellent local dimming feature that can significantly upgrade their contrast ratio up to 11000:1. Combined with their excellent black uniformity, dark scenes of images can be shown excellently on their screen.

The HDR images’ shadow details are able to be shown the way they should in HDR. Also, their local dimming feature is able to reduce blooming around highlight fairly well. Overall, both the Samsung Q90R and the Q90T are great LED TVs for dark rooms.

Both the Samsung Q90T and the Q90R use the same backlight technology that is Direct LED panel with Full Array Local Dimming or is called Direct Full Array 16x. But sadly the number of the dimming zones of this local dimming technology is unknown.

To dim the backlight in both models, a PWM (Pulse Width Modulation) system with a dimming frequency of 960 Hz is used. But both of their dimming frequency can be changed to 120 Hz or 60 Hz depending on the setting of picture mode as they both have ab optional BFI (Black Frame Insertion) Mode.

Both the Samsung Q90T and the Samsung Q90R are powered by Motion Rate 240 in order to maximize their performance in handling motion. Actually, this feature is also a BFI technology like one used in the backlight technology system.

But there is a difference between these two models in the respective VRR formats supported by their VRRs. The Q90T supports both the FreeSync and HDMI Forum as its VRR format, whereas the Q90R only supports FreeSync.

To help to make their motion clearer, both of them have a BFI tech mode as mentioned earlier. Both of their BFI techs support both 60 Hz and 120 Hz. The dimming frequency of Q90R will be changed to 120 Hz if the Auto Motion Plus is set to ‘Auto’ or ‘Custom’.

Contrarily the dimming rate will drop to 120 Hz if ‘Picture Clarity’ is enabled. The rate can be dropped to 120 Hz by enabling ‘LED Clear Motion’ too in the Picture Clarity setting. Even though the motion gets cleared in both these models, the backlight flicker might be noticeable at times due to low dimming frequency.

The use of an anti-glare optical layer called “Ultra Viewing Angle” may slightly reduce their contrast ratio and color gamut, but on the other hand, this can make their side viewing angle coverage better.  If on conventional VA panel, the black level usually starts to rise at around 15 degrees off center and front on their screen, the black level can be maintained at up to 70 degrees.

This means, almost all colors of HDR images mastered in DCI P3 like HDR10 or HDR10+ can be produced accurately. Both of these two models also have good color volume. They can produce deep dark colors really well. Most of the saturated bright colors also can be seen fairly well, except the very bright blue ones.

As we have known, all the LED TVs cannot produce very bright blues. But in general, they both can produce dark and bright colors across the gamut. As a result, the HDR of images can be seen colorfully on their screen with very accurate color.

And overall, their color gradient is equally great. There may still be some visible banding in certain colors, particularly in dark greens and darker grays, but for most people, this should not be noticeable.

However, if you still feel bothered by banding, both of these models have the feature of removing banding. On the Samsung Q90R, you can set “Digital Clean View” to “Auto”. While on the Q90T, you can enable “Noise Reduction”. But keep in mind, this setting might be able to reduce banding, but on the other hand, this can cause the images to lose some fine details in certain scenes.

Both the Q90T and the Q90R provide amazing sound quality. As we can see from the table, the Q90T has an upgraded speaker version, as the Q90R’s speaker version is only 4.2 CH. The Q90T also has an object tracking sound, unlike Q90R. However, both of them support the Dolby Sound System.

The use of Ultra Viewing Angle slightly reduces their native contrast ratio and color gamut. The use of Quantum Dot Panel technology allows both of them can deliver a wide color gamut. Apart from panels, both of them provide other amazing design techs too, as seen in the table.

Fact 4 of 7: Operating System and Processors

Both the Q90T and Q90R are powered by the same image processors, which is Quantum Processor 4K. This image processor can process the images excellently; their processors also make them have some AI-related features like Adaptive Brightness, Adaptive Volume, and Adaptive Sound.

This processor also makes their Up-scaling engine produce better 4K Up-scaled images than a conventional 4K Up-scaling engine. And as operating systems, they both have Tizen. Tizen controls all the smart features and other operations.

Both the Samsung Q90T and Q90R feature the same smart TV platform, which is Tizen OS, powered by Samsung’s Bixby. But the Samsung Q90T comes with the 2020 version and the Q90R comes with the 2019 version, though there are not many changes offered by the 2020 version. Their smart TV platforms are easy to use and run very smoothly.

It also supports some features like Chromecast, USB Drive Playback, USB Drive HDR Playback, YouTube in HDR, Netflix in HDR, and others. It also has great built-in navigation powered by Bixby. And lastly, with Samsung’s apps store’s support, it allows you to download many interesting apps, games, themes, and others from your Samsung TV.

Both the Q90R and Q90T are equipped with 4 HDMI ports as their main connectivity option. All of their HDMI ports support HDMI 2.0 Full bandwidth, HDCP 2.2, and CEC. One of the HDMI ports (HDMI 3) also supports ARC (Audio Return Channel).

Here the advantage of Q90T is one of its HDMI ports supports HDMI 2.1 full bandwidth (HDMI 4) and eARC. But the Q90R doesn’t support eARC and HDMI 2.1. Besides supporting most features, their HDMI ports also easily support high resolution.

They aren’t equipped with Composite In and Component In. Moreover,  on the Q90T, different ports are placed on the back and side of the panel while on the Q90R, most of the ports are situated on a separated box called “One Connect Box”.

Not only HDMI CEC devices can be controlled by this remote, but also other devices that only support InfraRed connection. However, there is a single difference in the 2020 version as it has a Samsung TV plus button instead of a button featured for Hulu.

Find out everything about Starz streaming app

Some Major Differences between Samsung Q90T and Q90R

So far we have seen that in most of the aspects the Samsung Q90T and the Q90R are quite similar. They bring similar advantages to the table in many cases and you can’t differentiate between them based on those.

However, we can also see from the above discussion that there a few major differences between these two models. And at the end of the day, these few differences will help you determine which one provides better services and which one you should choose to buy. So now it is time to look at the aspects these two models are different at and have a brief analysis.

Samsung Electronics put Dolby audio features in both of the TV to make your movie and gaming more enjoyable.

The Samsung Q90T and Q90R are great TVs for any kind of usage. They provide above-average performance for whatever task they’re used. But if we have to call one of the superior, it is hard as it is kind of a draw between them considering all the aspects.

Now, the decision comes back to you as you should choose one based on your own preference and need. Both will be great in their own ways. However, The Q90T can be a bit better choice being a newer model.

Does Samsung Q90T support a multiroom link in a sound system?

Ans. Yes, it supports the multiroom links in its sound system.

Does the Samsung Q90R have One Remote Technology?

Ans. No, it doesn’t have One Remote Technology.

Does the Q90R have a Bluetooth system?

Ans. Yes, the Samsung Q90R model has a Bluetooth system.

Does the Samsung Q90T LED TVs to support Chromecast or mobile to TV mirroring?

Is AI upscale supported by either of the Samsung Q90T or the Q90R?

Ans. Yes, the AI upscale is supported by both these models.