All of us want to do something entertaining on weekends. But after a long week of work you might not want to go out for any activity. So, to make your stay at home more interesting you might consider watching a movie at home. Now to fulfill this interest you will require a projector with great image and sound quality. This will create the environment of a theatre at your home. And to help you to choose the best item we are going to talk about BenQ HT2050 vs Epson 2150 today.

There are a lot of projectors in the market. To help you in choosing the best possible projectors we have narrowed down your options to two. The two projectors are the BenQ HT- 2050 and the Epson 2150.

In this article, you can get a comparative description of both the projectors with all of its specifications is given below. Keep reading and you will find out which one is better BenQ HT-2050 or Epson 2150. We hope that after analyzing the features and differences you will be able to make your choice.

Now to compare the two speakers at first we have to know what features are available in both of them. Bullet points of the specifications are provided first then we will discuss the job of each feature and how it performs. 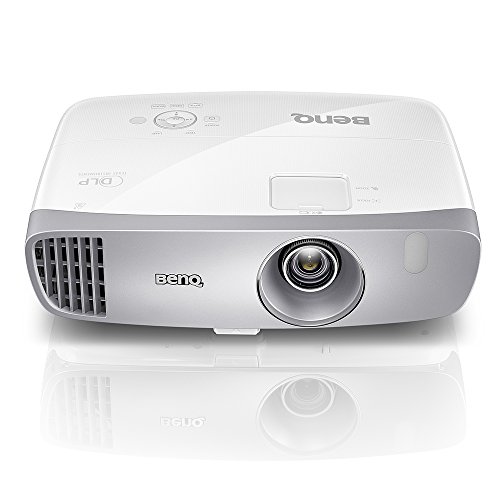 BenQ is considered as the number one best selling DLP projector brand. It has never compromised with its brand slogan which is Bringing Enjoyment and Quality to Life. This Taiwanese brand has established its authority all over the world by creating world-class digital projectors and computer monitors.

And one of the best creations of BenQ’s projector line is the BenQ HT-2050. The key features of this projector are given below. 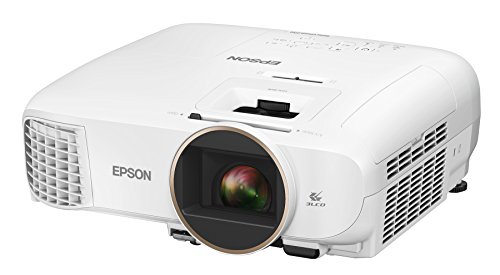 Initially, Epson was a small clock shop in Japan. From there now it’s one of the leading tech giants in the world. It manufactures imaging related equipment. Starting from printers to large home theatre projectors and televisions.

Over the years it has proved it’s competence through its tremendous service and quality products. One such product of Epson is the Epson 2150 projector. Its key features are mentioned below.

How do the specifications work?

There’s also a short-throw model where you can put the lens much closer to the screen. But that will cost you some extra bucks to get the same color accuracy as the normal throw one.

Now if you only consider the lumens then you might purchase a projector and find out that the color accuracy is nowhere near what you expected. For this reason, you have to keep an eye on the contrast ratio as well.

But remember that high contrast ratio doesn’t mean its better. Rather you will have to find the perfectly balanced contrast ratio. Because if it’s too high then the background might become way too dark and the texts will be slightly visible. For projectors, a contrast ratio between 1500:1 to 2000:1 is considered ideal.

Another ratio that requires a little bit of discussion is the aspect ratio. It refers to the ratio between the height and width of the projector. Suppose the aspect ratio of a projector is 4:3 then you will see a square image on the screen.

On the other hand for a rectangular image and a cinematic view, the aspect ratio has to be 16:9. In this way, the ratio determines the size and shape of the image.

Now, this is a very interesting feature in projectors. Suppose you are sitting in a room where there is no provision to place your projector perpendicularly to the screen. Then would you compromise watching a distorted image? Absolutely not.

At times like this, the keystone feature works as a savior. Its job is to fix the distortion and make the image the way it is supposed to be when the projector is placed perpendicularly. The image can be moved in both ways; horizontally and vertically.

At this point, you might be concerned that due to the use of the keystone feature if the quality of the picture remains the same or not. It has been observed that quality does decrease. Digital keystone reduces the visible resolution by 50% which is quite a bit. But still, this feature seems very usable in case of presentations.

Read another comparison between Epson Home Cinema 1060 and 2150

There a lot of features that are similar in both the projectors. But the differences are what make them unique.

Firstly, in case of brightness, you will notice that Epson 2150 has higher lumens than BenQ HT-2050. This implies that Epson produces a brighter image than BenQ.

That is the color accuracy of BenQ is better. It is sharp and detailed.  Even in a fully lit room, the images are quite clear.

Now coming to display. Both the projectors have a 1920×1080 full HD native resolution. But the technology is different. BenQ HT-2050 uses DLP technology whereas Epson 2150 uses 3LCD technology.

This means that Epson will have a fan that runs at a higher decibel level as you have seen in the audible noise specification. This might bother you a little. On the other hand, BenQ has a whisper-quiet type fan. The Epson 3LCD also has filters that need to be changed occasionally which might cost you about $20.

Another thing that needs to be pointed out regarding BenQ is the use of DLP technology has reduced the shortcoming it might have had due to the lower contrast ratio. Although it still had better color with that same ratio.

The warranty for BenQ is 3 years on parts whereas Epson provides 2 years. But the lamp is covered only for 90 days in Epson and almost a year for BenQ. According to reviews on Amazon, some of the complaints are that the lamp life runs out relatively soon.

For audio, you can connect both the projectors to external speakers. But the surprising matter is the 10w speaker in the BenQ can fill your whole room. Now, will it have a bass which is good enough? Probably not. But if you are not in a mood of hooking up an external receiver you will still be very satisfied with the sound it produces.

Another thing to keep in mind is the zoom lens. Epson has a better lens of 1.6. But the BenQ one won’t disappoint you with its 1.3 manual zoom lens.

The main advantage that the Epson 2150 has is it comes out wireless straight out of the box. So you can cast from any device you use. This feature would have fixated my decision to buy the Epson 2150. But the reviews say something else.

Some users said that it is best suited for PowerPoint presentations because the streaming seems quite laggy. Now you shouldn’t compromise your movie watching experience after buying spending this much on a projector.

Would you? The BenQ on the other hand doesn’t have the wireless ability but you can buy an adapter to do so. That will cost you $300 which won’t be cost-efficient at all.  However, both the projectors have two HDMI inputs so you can simply plug in your device and enjoy the content.

Now going back to that interesting feature that both the projectors possess. The “Keystone” feature. Due to this particular specification, you have the ability of flexible positioning in the case of both the projectors. It also has a lens shift to move your image directly up and directly down which is as much use as the keystone.

The price of the BenQ HT-2050 is relatively lower than the Epson 2150. You will have to pay more in case you want to purchase the short-throw high color accuracy model or short throw, high contrast model.

Both projectors have advantages and disadvantages. Considering the factors both of them are great choices. It also has amazing features that can provide you the best experience.

Even though the BenQ HT-2050 creates a bright and detailed image it has a limitation of wiring with different devices. It is also very costly to change the lamp once it is out of order.

In contrast, Epson 2150 has the ability of wireless streaming. It also has low priced lamps. But the lamp life warranty is very low and you might have to change it frequently.

So, consider all the factors before you purchase any of the two. Make your choice by figuring out if you want a budget-friendly projector with great image quality or a comparatively high priced wireless projector.

Comparison between UHD and QLED

Different between OLED Tv and Projectors

OLED vs Projector: Which One is Best for Your Home Theatre?