Being one of the famous and trusted brands, the Vizio rules the market with its head held high. Vizio E series vs M series are some of the famous lines of TV series that is well-known for its picture and resolution. They are also some of the best affordable Smart TVs.

The target users for these series are people who love general watching rather than being serious about content or games. it is ideal for people who don’t want to scrutinize the overall quality and is easy-going in terms of streaming or using the mobile phone very often.

In this article, we have focused on the latest Vizio E-series vs M-series and compared them side by side. With time, the Vizio improves TV features, design, and quality. While we praise the M-series, the E-series is best for people who have a limited budget, wants a decent 4K HDR picture quality, and has less concern about streaming.

Vizio E-series is an old line of TV series that was launched in 2013. Several different models with improved features were launched till 2018. E series are cheaper compared to other series. they have basic and standard features which are essential to provide a good customer experience. 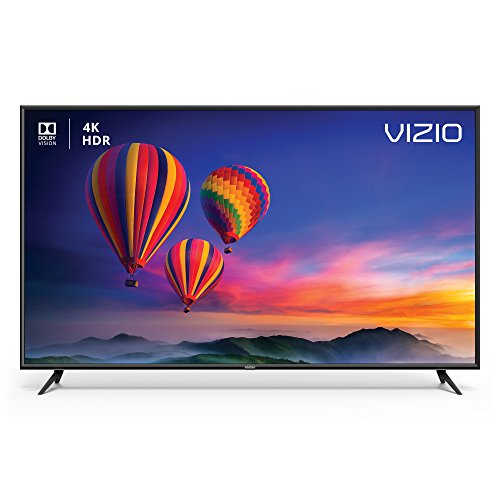 Vizio M-series started its journey with E-series and Vizio is still making the famous M-series models. Some of the new models are M65Q8-H1. You can also look into the new model from V-series, V435-H11. The M-series has excellent picture quality and average sound quality. The 2018 and above models come with a TV tuner so you can easily cut the cord. 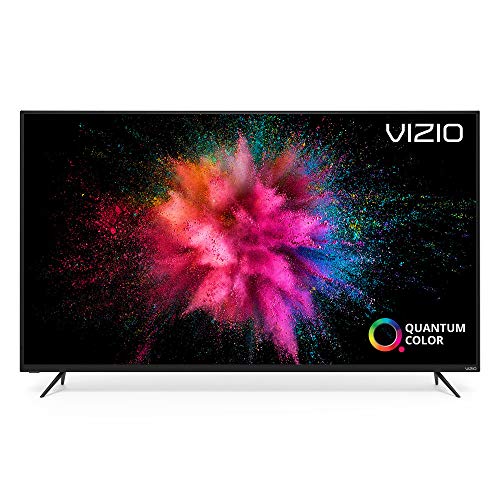 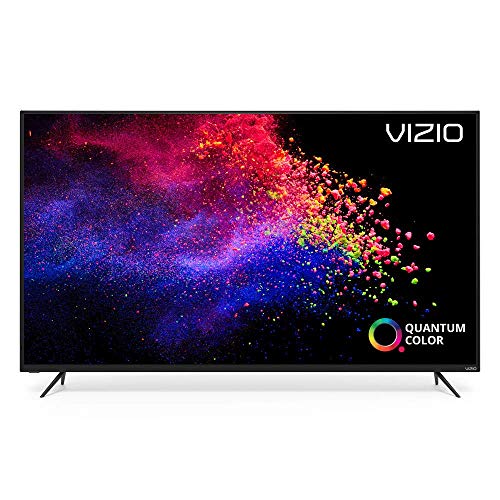 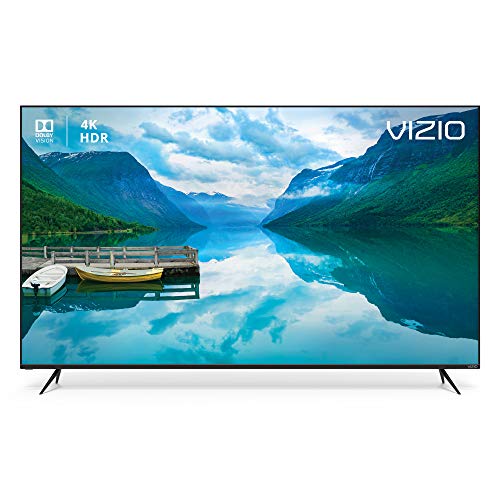 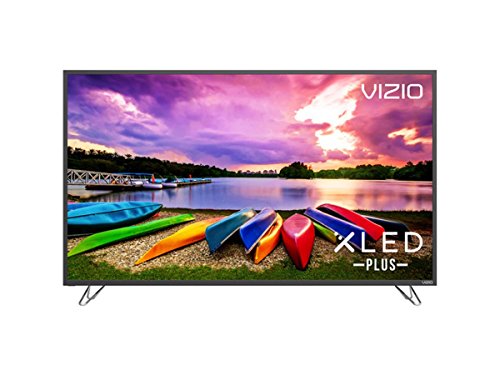 What makes the M-Series different from E series?

While many things remain the same between Vizio E-series vs M-series, the major dissimilarities lie in image production. The SmartCast user interface, apps, remote control, audio, response time, and many other features are almost similar to each other.

The M-series costs a bit more than the E-series. almost all M-series have a higher number of local dimming zones compared to E-series. this produces a more vivid and picturesque image with a wide gamut of colors. So, the image quality of M-series is better than E-series. the M-series can also focus on details in dark scenes.

A direct comparison between the Vizio E series vs M series 2019 can’t be made because there are no new models of the E series in 2019. The 2019 Quantum models of the M series can be divided into three variants: M6, M7, and M8. The M658-G1 review shows the main difference between the M8 and M7.

The M8 costs more have higher local dimming zones so you can watch movies at night. The HDR brightness is slightly improved in M8 so it is best for watching movies. Comparing M series M7 vs M8, we also see that the M8 has a higher contrast ratio which means the picture quality is better with darker blacks.

The M7 can handle reflections better than M8 so you can use them in bright rooms. Other features like processor, TV tuner, the refresh rate are the same. The Vizio M656-G4 or M556-G4 falls behind with only 10 local dimming zones. Whereas the Vizio M657-G0 is better with 20 dimming zones but equal brightness. Vizio M658-G1 is better among all three variants.

You can use both these TV for movies, gaming or general TV watching. It has low input lag, judder-free image, and can minimize blur. Although it doesn’t support VRR or ALL, the gaming is decent.

Vizio uses the SmartCast OS which is responsible for enriching the user experience with more number of apps and contents. What makes SmartCast special is, even if you can’t get any specific app, you can always cast from your smartphone using a built-in Chromecast.

However, some people find it annoying to use their phones while watching TV so in that case, SmartCast is not for you. If you compare the Vizio vs Samsung TVs, you will find that Samsung TVs doesn’t have this

Vizio works with PlutoTV that offers users WatchFree to stream over hundreds of channels for sports, news, comedy, Live TV and etc. it encourages you to cut the cord and enjoy different channels on your TV. You can choose what you want to watch by looking at genre-categorized content.

It doesn’t require any login or subscription to watch these contents. However, this feature is not available for users in Canada.

How to start using WatchFree?

Vizio M-series Quantum 2019 supports Apple AirPlay 2. This is handy if you are an iOS or iPhone user. You can easily share your screen through Vizio breaking the Apple ecosystem.

How to set up AirPlay2 on Vizio?

Vizio has a big and sturdy remote. Although many users don’t like the plastic feel. It has several dedicated buttons and has a handful of options. You can also control the TV via a mobile app. The VIZIO SmartCast Mobile app is available both in Google and Apple Store.

Comparing Vizio E-series vs M-series 2018, we see the main differences lies in cost, picture quality, and brightness. The remote control and SmartCast is similar to M-series 2019. Compared to M-Series Quantum 2019, the 2018 series doesn’t support HDR 10+.

The picture quality of the Vizio M or E series is undeniable. The Vizio E70-F3 review shows that it has a better contrast ratio but fewer few of dimming zones which increase will screen size.  The E series has Full Array Local Dimming (FALD) which enhances the color contrast with darkest blacks and pure whites. The 4K resolution provides pictures with accuracy and it also supports Dolby Vision and HDR.

Reviewers measure the brightness to be around 118nits which increases to 190 nits when the Medium setting is selected. Although the brightness is not very good, the overall picture quality is better. The E-series doesn’t have a Soap Opera effect. Changing to Clear Action mode then the TV with handle motion accurately but you have noticed lowered brightness and blurriness in the image.

If you are already impressed with E-series, then with M-series you will be happier. This is because the 40 local dimming zones highlights images in dark scenes, the contrast ratio is appropriate. With 600 nits brightness and 4K Dolby Vision HDR, the resolution is satisfying. Like the 70” you can also choose the Vizio M-series 65” and still get the same feature because both have 12 dimming zones.

Like most other Smart TVs, the audio quality is lacking. The sound lacks bass and is not room-filling like it would with soundbars. For TV speakers, the sound is enjoyable with movies, games, or sports.

Just like M-series 2019, you can control the TV with a remote or mobile app.

The 2018 Vizio series supports a TV tuner so you can easily stop paying extra for cable connection. However, the SmartCast OS is not very smooth or versatile to use. To begin with, the interface is slow, navigating from app to app can be delayed and it may need time to load. But this is with other Smart TVs as well.

With only around 20 apps like Netflix, Hulu, Vudu, if you want to stream contents from other apps then you need to rely on mobile apps and cast them. It lacks other popular apps like DirecTV Now, ESPN, CNN, or Pandora. However, the Watch Free channel is something to boast about.

You can add one of the cheapest streaming device Roku Ultra or go with an expensive and powerful one known as Nvidia Shield. For more details read our article on Nvidia Shield vs Roku.

The interface is easy to use. But like other TVs, it doesn’t allow you to move apps, add or remove apps as per your wish. Vizio E-series vs M-series which is best for what? Both these TVs are best for general watching with occasional casting from mobile phones.  The M-series provides an in-detailed picture in dark scenes, the reflection handling is good but the view angle is poor. You can watch it for movies or TV shows. You can also place the TV in bright rooms.

Gaming is also decent with low input lag, better response time, and better flicker. Make sure you are in the Game mode while playing. But this TV is not good for watching sports or games with a group of friends. Similar to M-series, the E-series is best for playing video games due to its low input lag while in the Game Low Latency mode.

The XLED Vizio E-series vs M-series 2017 models might seem an older version. The term XLED refers to the SmartCast series that supports Google Assistants and Amazon Alexa. It is a marketing term compared to the QLED of Samsung TV.

The new models have HDR streaming from Netflix and Youtube, but the 2017 models don’t have it. Comparing Vizio Dolby’s vision between E-series vs M-series, we see that the E-series doesn’t support it which will affect the picture quality. The brightness is also better in M-series compared to E-series. Vizio E-series HDR picture quality can be found if in 55” TV and higher models.

Between Vizio M65-E0 vs E65-E1, the E-series can’t get very bright but can get moderately bright with an overall good contrast ratio as entry-level TVs. The picture quality of the M-series is worth mentioning among all its other features. The 4K HDR Dolby Vision image focuses on perfect hue, in-detailed, and balanced highlights. The XHDR Plus delivers pictures with good contrast and clarity.

The Picture quality of the E-series isn’t very impressive with less number of dimming zones and reduced brightness. The contrast ratio is similar to that of M-series. Overall, with 4K and HDR, the image is good but could be better. The Remote control for Vizio 2017 series has less number of buttons compared to new models. The dedicated buttons are missing but still, it has buttons that are not very easy to be familiarized with.

As we have discussed above the Vizio SmartCast doesn’t have the smartest OS for viewing thousands of apps, it worsened more when we realized the TV doesn’t have a tuner. However, you can continue to watch cable via HDMI port. If you have external antennas you need to buy a TV tuner separately.

The E-series is best for general-watching and casual gaming due to low input lag. With a poor view angle, you need to sit in front of the TV instead of sideways.  The M-series is good for movies with a high contrast ratio that focuses on dark blacks. You can also view them in bright rooms.

Other factors while choosing the best TV for you:

Comparing Vizio E-series vs M-series, it is seen that these series started its journey around 7 years ago. But each year the TV brings something new improving the overall quality and feature. If you are wondering which Vizio series is the best, then we will recommend you look into M-series with a few hundred bucks increase in price.

If you are absolutely fine dealing with the SmartCast interface and casting or using your mobile phone often for watching TV, then the series will suit you. While some people may find this annoying, others will be happy with the excellent picture quality and don’t bother where the contents come from.

The E-series can be considered as an entry-level TV best for general watching. They are quite affordable and the has 4K HDR image that makes it even more attractive among consumers.  You can change the settings for Picture mode or audio settings. The latest models have a built-in TV tuner, supports AirPlay 2, Homekit and Watch Free channel.

This FAQ is going to solve some of your confusion in this section.

How to factory reset Vizio TV?

To factory reset the Vizio TV:

Every TV connected to the Internet may spy on you. Vizio wants to make sure you are safe.

Comparison between AirTV and Roku