When you’re using a gaming headset it provides you a 3D experience of virtual surround sound. While you are buying gaming headsets it’s very necessary for you to know that the gaming headsets are usually costly. While we do an analysis of Astro a40 vs a50 gaming headsets you’ll get to know the compatibility, sound details, and other information you’ve been looking for. 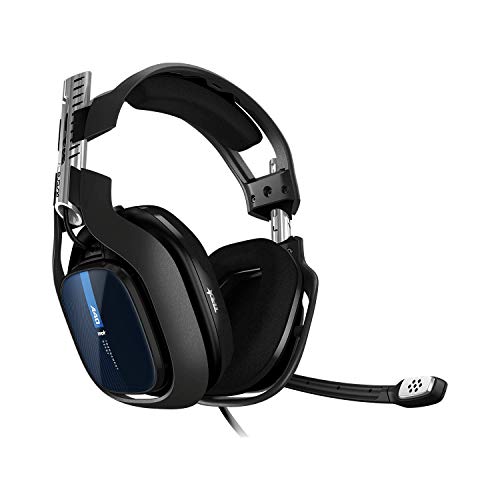 Astro a40
Buy on Amazon 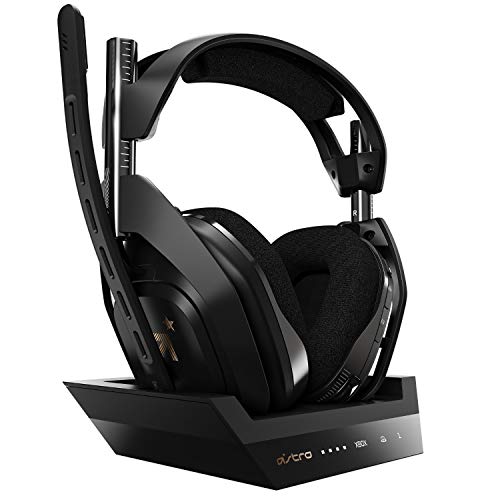 Astro a50
Buy on Amazon

The compatibility of any headset should be considered before buying a headset. Compatibility of headsets refers to if you can use your headsets with your desired device, for instance, Xbox, Playstation4, Windows, MAC, etc.

Astro a40 headphones have no specific headphones in terms of compatibility they come in the same color but different compatibility. But the case is not the same for Astro a50, Astro gaming a50’s compatibility depends on its color as in there are different colors for PS4 and Xbox but both are compatible with PC-Mac which is their common ground.

Comparison Chart of Astro A40 vs A50

A gaming headset holds a lot of weight in the case of sound reproduction because it is an integral part.

In that sense, the sound produced by Astro a50 is crispier and clearer. These headsets were manufactured emphasizing bass and truly for gaming. But with both Astro gaming a40 and a50, you will get solid lows and hear every detail with much clarity.

For those who love bass, the bass production of Astro A40 and A50 gaming headsets is pretty strong. Astro a50 and Astro a40 both have stereo speakers, which allows them to produce sound from independent channels on both left and right sides of the headsets.

Astro A40 gives Dolby headphone feature only when it is connected with a Mixamp. The soundstage these gaming headsets provide is wholesome. With Astro a50  you can experience Dolby 7.1 Surround Sound powered by KleerNet’s 5.8Ghz solution.

Another sound feature is that be it either a40 or a50 they both have neodymium magnets which are lighter and more powerful than ferrite magnets.

The first and foremost thing is that Astro a40 gaming and Astro a50 gaming gen 2 headsets have a noise-canceling ear cushion which helps to filter out the noises that come from the background.

This feature is very useful when you are residing or located in a noisy environment. These also have noise isolation features. With this feature on while you are playing any games using Astro a40 or Astro a50, you can hear what your teammates or opponents are saying also hear game sounds but slightly less.

So there won’t be any problem and you won’t confuse the game sounds with your opponents’ shouting.

Any sound device can be upgraded mainly by adding an extra DAC receiver or amplifier to it. This gives more power to the headset. Astro provides MixAmp with  a40 TR gaming headset. But the MixAmps are sold separately.

It is better to use the amp provided by the manufacturer but if you want an alternative you can use some other amp or DAC. The MixAmp that Astro provides for Astro a40 TR is MixAmp Pro TR. Astro a50 has the MixAmp built-in within the headset so you don’t need to have an extra amp with it.

As Astro a50 is wireless and has its own base station it cannot be paired with any Amp/DAC. If you stream your game while you are playing MixAmp is apt for you.

In-Ear/On-Ear/Over-Ear Headset: Astro gaming headset a40 and a50 are both over-ear headphones. The common feature of over-ear is that they are bigger and have thick headbands. Also, they have large earcups that will cover all of your ears and have high comfortability.

Since Astro a40 and a50 are gaming headsets over-ear fit just perfectly with these headsets.

Over-ear headsets are by far the most comfortable design. These are easy to wear and gives you coverage.

Wireless/Wired: Here is one of the main differences between Astro a40 and a50 and that is in their respective wires. Astro a40 is a wired gaming headset whereas Astro a50 is a wireless headset.

The length of the cable of the Astro gaming a40 headset is 7inches. The range of wireless Astro a50 is up to 30 feet. Wireless headsets are more suitable because the range is more and again you can move freely without any strings attached.

Headband/Ear cup design: The Astro a40 TR is a lightweight headset and the ear cushions feature maximum comfort. The ear cushions are backed with synthetic leather that helps in producing the best acoustics.

The headband is padded. For Astro a50 synthetic leather headband and ear cushion upgraded for noise isolation and comes in a mood kit.

Open Back/Closed Back: There lies another difference between Astro headsets a40 and a50. Open back headsets are open than means it’s airier. So the sound that flows through Astro A40 which is an open-back headset, is lighter and natural.

On the other hand, Astro a50 gen 4 is a closed-back headset. Closed-back headsets enclose the ears and prevent any kind of sound to enter your ears except for the gaming sound. Gamers usually prefer open-back headsets since it is better for long-term use since air can pass through it.

But if you are in a preferably noisy place that close back headsets are optimal. Also, Astro a50 being a closed-back headset prevents leakage and has a better bass response. This feature gives the gamers a real-time experience of the game they are playing. The ear breathability of Astro a40 is more than Astro a50.

Astro a40 being open-back headsets has no possibility of sweat accumulation. But there will be sweat build-up for Astro a50 headsets since they are closed-back.

Another difference in Astro a40 vs a50 headsets is their mics. Astro a40 has a detachable mic. But the mic that comes with Astro a50 is an attached mic. Both the mics of the a40 and a50 has noise-canceling property, so any unwanted sounds won’t interrupt your gaming.

There’s another feature of the unidirectional mic of Astro a50 is that it has flip-to-mute functionality. It will help you with clearer and accurate communication during gaming. The mic of Astro a40 can be set on either side of the headphone as it’s detachable.

Astro a50 has a rechargeable battery and Astro a4o headsets don’t have any battery. So Astro a40 needs no charge. So about the charging of Astro a50 gen 2 or a50 gen 3, you’ll have a battery. And there will be an indicator that will show how much battery is used.

Also due to its supercharge feature while recharging the headsets it will balance the voltage of the headset in case you’re using it. The battery life of Astro a50 is very long it will take over 15 hours of usage before you need to recharge it.

Do these headsets satisfy your budget?

But the qualities of these headsets are incredible and lively. If you are willing to spend a bit more I’d say Astro A50 is a great choice. Nevertheless, Astro a40 is no less.

Drive: The drive material of both the same and made of neodymium magnet. Astro a40 is optimized for pro gaming and audio engineers to be specific. On the other hand, Astro a50 has a professionally audiophile tuned drive and comes with 3 EQ modes.

Impedance: Impedance of headsets refers to how loud a pair of the headset will play the sound at given power input and resist the electric signals flowing through the headset. The impedance from 33-100 ohm is considered to be delivering enough volume to your headsets.

The impedance of both Astro A40 and a50 is 48ohm i.e. they are decent sounding. Anything above 100ohm needs an amplifier. So, it is clear that no extra amp is needed for this. But still, Astro is providing these headphones with amps as per users’ requirements.

Base station: Only Astro a50 has a base station as it’s wireless. The major factor between Astro a40 and a50 is this thing. The Base station allows your headsets to charge wirelessly. Also, it does the secondary duty of being a wireless transmitter.

Are you confused or having some trouble with your issues? no worries, this FAQ is gonna solve those hectic.

Is Astro A40 Noise Cancelling?

No, Astro A40 Headsets have Noise-canceling features since they are open-back headsets. But one can make it noise canceling with sealed speaker tags, synthetic leather ear cups, and headband.

Do I need MixAmp for Astro A50?

No, MixAmp is already built-in in Astro a50 gaming headsets.

Does Astro A40 have a Mix Amp?

Is Studio Headphones best for Gaming?