If you’re looking for a Bluetooth speaker, one brand seems to be more prominent than others. JBL offers products in almost any price range. Now let’s compare the JBL Charge 5 vs JBL Charge 4 to see which one is better. JBL’s Charge Bluetooth speaker series is one of those consumer electronics product lines that have consistently inspired, time and time again and without fail. Anyone hoping for outstanding on-the-go sound from a portable wireless speaker would be pleased to learn that it is now in its fifth generation.

The all-new JBL Charge 5, the successor to the Charge 4, is expected to be much more durable and perform significantly better than the previous four Charges.

JBL’s Charge 4 is among the best portable speakers out there. However, the 5 vows to be even better.

You wouldn’t know it from looking at the JBL Charge 4, but it’s one of the sweetest-sounding sub-£200 Bluetooth speakers available.

The new JBL Charge 5 is the newest model in JBL’s iconic line of Bluetooth speakers, offering improved connectivity and a more rugged design.

Build and Design: JBL charge 4 vs 5

Design-wise, the Charge 5 doesn’t look dramatically different compared to JBL Charge 4 in the line, though Charge 5 is kind of rounded in the edges, not like charge 4 which has sharped edges.

You’d be hard-pressed to see several distinctions between the JBL Charge 5 and Charge 4 if you set them side by side. The uncovered woofers, which are fantastic when the bass is kicking, and the cylindrical shape still goes strong. It has silicone bumpers on both sides to prevent it from falling.

And when it comes to design, Harman Kardon Onyx Studio 6 and 5 can make you interested in their sleek design and robust build. However, the JBL Charges are all directional speakers, which means the sound comes from the side with the JBL logo.

This will disappoint anyone expecting 360-degree sound, but the speaker is loud enough so anyone in the room can hear the music. Since the speaker is directional, users can position it either horizontally on its foot or vertically on either side.

The most recent emphasis of the JBL Charge 5 Series highlights silicon bumpers and an eye-catching JBL logo, for a different take on JBL’s iconic design. JBL Charge 4’s JBL logo is watchful in the center. The speaker matches a rough, tough construction with a smooth and strong plan that will say something in any setting. The Charge 5 comes into different tones, including Black, Blue, Gray, Red, Teal, and Camo.

The front substance of the speaker is generally a fabric and metallic grille. Under, the Charge 4 utilizes a circuit style driver conveying mono sound. The side-firing passive radiators assist push with a trip a more noteworthy feeling of bass profundity. The two of them have sort of comparative detached radiators.

In both of the JBLs, across the top, there’s a control board lodging catches for Power, Pairing, and Volume Up/Down, just as a Play/Pause button that, when pressed twice, skips forward a track. JBL Charge 4 sits on a level plane on a small plastic base, and the assortments of the speakers are enveloped by a tight fabric. Yet, Charge 5 has a rubbery grip as a base, which is more effective.

The fifth generation of JBL’s compact Bluetooth speaker is an updated version of JBL Charge 4 in terms of features.

The Charge 5 features enhanced audio as well as a dust- and water-resistant build. The wireless speaker has a built-in USB charging port to keep your mobile devices charged.

Listeners can conveniently charge headphones via the speaker’s charging port without ever interrupting their songs, thanks to 20 hours of playtime and a built-in power bank. Bluetooth 5.1, the most recent version, offers the fastest and most effective networking possible. Bluetooth 4.2 is available on the JBL Charge 4.

The JBL Charge 4 speaker has an IPX7 rating, which means it is dust-proof and waterproof to an unspecified degree. In reality, the Charge 4 can be submerged for up to 30 minutes at a depth of one meter, making it an excellent poolside companion or simply a splash-proof, rainproof alternative.

Sony and JBL both companies make their speaker condense with amazing features, and their different models are not oddballs here. However, let’s come back to the JBL charge machine, and it has a frequency range of 60Hz to 20 kHz and produces 30 watts of audio. There’s also a JBL Connect+ button for connecting to other JBL wireless speakers—you can attach up to 100 speakers together to play the same music.

The JBL Portable software works well. It works for both iOS and Android and can be used to connect two speakers together to create a stereo pair.

The Charge 4’s battery life is estimated to be about 20 hours by JBL, although your mileage can differ depending on your volume levels and combination of wired and wireless use. It does not, however, have the same dustproof rating (the second number in the IP rating corresponds to the dustproof rating), and it is likely to have different drivers.

In terms of some aspects, JBL Charge 5 is a better Bluetooth speaker than JBL Charge 4.

Bluetooth 5.1, the most recent version, offers the fastest and most effective networking possible. Bluetooth 4.2 is available on the JBL Charge 4. They both have a long-range, so they can receive feedback from your computer even though it’s a long way away. You can connect two computers at once, which is helpful if you want to turn between your phone and your laptop regularly.

The USB C and AUX ports are housed in a small sealable enclosure on the back of Charge 4. However, there are no AUX ports on the Charge 5, and just one USB C port.

The biggest improvement of the Charge 5 over the Charge 4 is sonic performance, according to JBL themselves.

The resolution is excellent, something that Charge 4 lacked. Since the midrange is well-balanced, voices and lead instruments are reliably replicated. Charge 4 has trouble producing low-bass, and its treble range is underemphasized, making higher frequencies sound bland and concealed. However, Charge 5 has been able to mitigate this flaw.

Both speakers are impressively noisy as well. Playing music at half volume is more than enough to fill a medium-sized room with sound. The speaker is too loud for indoor use at maximum volume, but it comes in handy in noisy conditions like the beach.

They both have a lateral soundstage, which makes them sound less immersive. Fortunately, their low latency on iOS and Android devices makes them ideal for watching videos, though some applications can compensate for this difference.

The soundstage of the JBL Charge 4 speaker is frustrating. It has to downmix stereo material into mono, resulting in a tone that is less immersive. The soundstage can seem inconsistent due to an overemphasis on the treble range. These aspects improve with the JBL Charge 5, which has two drivers that can build a larger soundstage.

Sibilants like S and T can be viewed as bland because their treble spectrum is underemphasized. These speakers are incredibly compact, allowing you to listen to podcasts on the go.

Both the JBL Charge 5 and JBL Charge 4 speakers have good dynamics. They can’t get really noisy, so they’re not ideal for playing audio in big or cramped spaces. At maximum volume, there are also certain compression artifacts.

Charge 5 has a more lightweight and clean feel, and the vocals stand out more from the background music. There’s certainly some bass, and it’s a little louder than Charge 4. Charge 4 does, however, have a more directional echo. However, Charge 5 is a significant improvement over the previous version’s sound performance.

Other Points to Consider: JBL charge 4 vs 5

There are a few more things to think about before you go. Apple Siri and Google Assistant aren’t supported by either the JBL Charge 4 or the JBL Charge 5. Neither speaker has a microphone for taking phone calls straight from the device. Bluetooth 5.1 is utilized by the Charge 5, which provides faster data transfer rates and a longer wireless range than Bluetooth 4.2, which is used by the Charge 4.

However, if the price is an important issue and you are out of your budget, then we have compiled some very cheap Bluetooth speakers that might grab your attention.

Who should get these JBL Charge Bluetooth Speakers?

The JBL speakers all look similar, but there are a few key variations, such as the height. It’s important to ask yourself what you want to use the speaker for before selecting one.

JBL’s Charge speakers are medium-sized. The Charge’s battery lasts 20 hours, and thanks to its charger feature, you can even charge your own phone with it. The Charge’s bass is far more effective. The sound is fine for your living room, but at a party, a JBL Charge speakers wouldn’t be enough to block out the noise. It’s also suitable for use outside.

The JBL Xtreme 2 outperforms the JBL Charge 4 in terms of sound quality. The Xtreme, unlike the Charge, can play stereo material without downmixing it to mono, and it can get a little louder. In addition, only the Xtreme has voice assistant capabilities, despite the fact that it may have difficulty hearing you in a loud environment. The sound profile of the JBL Charge 5 is superior to both of them. 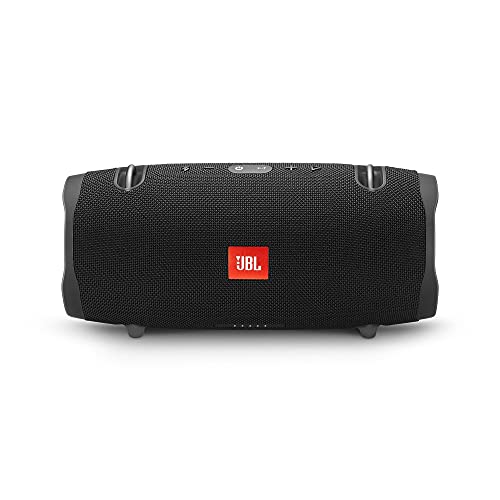 The JBL FLIP 5 outperforms the JBL Charge 4 in terms of sound quality. The FLIP has a larger soundstage due to its improved directivity. It also has a more well-balanced sound. The Charge 4, on the other hand, has longer battery life.

Charge 5, on the other hand, is the strongest of the three, with balanced sound output similar to Flip 5 and more functionalities. However, we also make a comparison between JBL Flip 5 and UE Boom 3, which might make you interested. 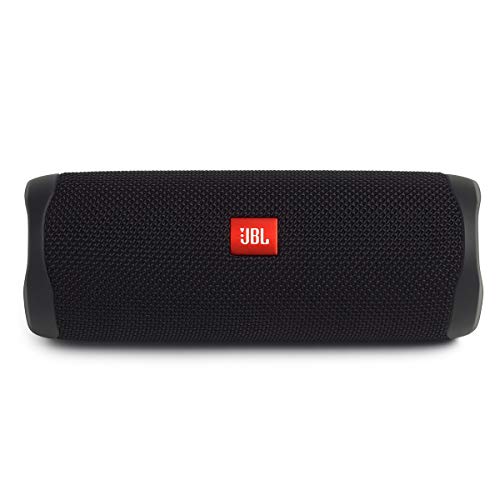 The Ultimate Ears MEGABOOM 3 outperforms the JBL Charge 4 in terms of sound quality. The Ultimate Ears has a more balanced sound profile and its companion app includes a complete visual EQ. Unlike the Charge 4, it also has a much larger soundstage and can play stereo material. It’s a more solidly constructed speaker with much longer battery life. It falls under the same range as Charge 5.

The JBL Charge 5 is a more advanced variant of the Charge 4. There’s no question about it. Is it, though, sufficient to replace one? The JBL Charge 5 is a no-brainer if you’re hunting for the perfect medium-sized portable JBL speaker. For about $180, you get a speaker that lasts all day, sounds better than their previous one, can take a beating, is dustproof and waterproof, and can charge your phone in an emergency.

Charge 4 is a good idea if you’re on a tight budget and don’t want to spend more than 140 dollars on a portable speaker. It’s more directional, has an AUX outlet, and is also very sturdy. Now it’s up to you to make a decision.

If you’re still confused about these JBL Charge speakers, here’s the section for all your answers.

Is it possible to overcharge a JBL speaker?

Yes, you should overcharge and it will stop charging when the battery reaches 100%. To stop any memory, it’s usually best to detach the battery when using the speaker and let it charge entirely before reconnecting it.

What is the best way to tell if my Bluetooth speaker is totally charged?

Is it safe to use the speaker when it’s being charged?