HiFiMan Sundara, a high-end headphone has quite easily impressed the users with its minimal design and detailed retrieval. With a great speed, total balance and dynamic slam Sundara has become one of the best in critical listening. Let’s talk about HiFiMan Sundara vs HD 650 in contrast.

Whereas, Sennheiser HD 650 has actually become the benchmark for audio immersion. It is the headphone which highlights that music matters more. HD 650’s luxurious construction, perfect design, and balanced acoustics is loved by audiophiles.

So how do the two most mid-fi electronic devices, HiFiMan Sundara vs HD 650, are compared with each other in terms of design, durability, features, and so on? Let’s contemplate on to discover which we believe are the better pair. 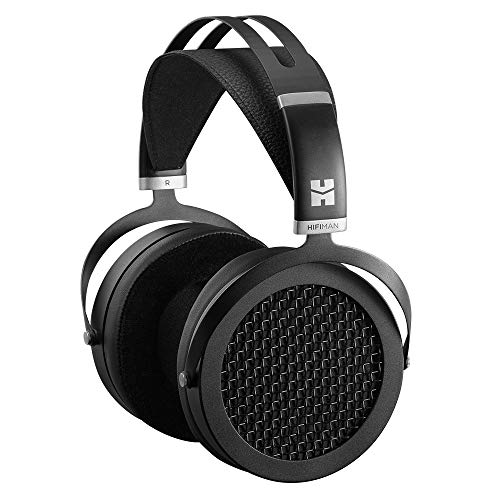 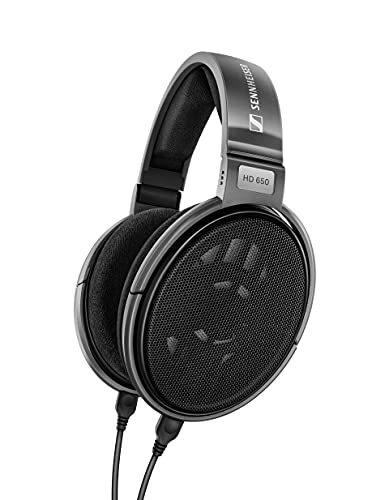 Both the devices are quite the same to look at. But talking about the design of Sundara vs HD 650, specifically, HD 650 is dynamic driver headphone and the other one is planar magnetic. Many of you may know that Sennheiser HD 650 has an heir! Yes, you guessed it right; it is HD660s. The driver of HD 660 is actually based on HD 700, as it sounds quite similar to the HD 650 line.

Moving on to Sundara, its planar magnetic transducer is its own, which means its design wasn’t borrowed from any of its previous ancestors. But, I must say Sundara has improved a lot and it removed the HiFiMan’s lineup of the previous mild weight entry-level headphone HE – 400i. So, now if you ask me to choose one between HiFiMan Sundara vs HE-400i, you know what my answer will be.

there is another important question that might pop up in the reader’s mind, if there is an updated version of HD 650 then why is the review or comparison not about Sennheiser HD 660s vs HiFiMan Sundara?

Well HD 650 and HD 660s are extensively similar with a slight amount of differences, which are as follows-

So, from the chart, we can see the basic differences between HD 650 and 660s.

Firstly in terms of frequency, the HD 660s contains a wider range than that of HD 650. Again, the impedance of 660s is lower than HD 650s. But in terms of sensitivity HD 660 is slightly winning. Other than that both the ancestor and the child are the same! Note that HD 660s is the set up from the HD 6XX and also 660s now produced by Drop.com by the name HD6XX.

As mentioned earlier in the chart, HiFiMan Sundara is made out of metal and HD 650 is made of hard plastic. Like human says, ‘Don’t judge a book by its cover’. Similarly, don’t judge the durability of HD 650 just because it is made of plastic!

In fact, despite being a plastic build body, HD 650 is very well known for its long-lasting feature. Rather than plastic, it has velour, and metal mesh in its body.

On the other hand, in many articles regarding HiFiMan Sundara review, you will read a common thing which is Sundara’s trial to improve its build-in quality. And this is quite proven by the improvement of HiFiMan’s rugged design.

Yet, in between HD 650 vs Sundara, the durability of 650 makes it a clear winner.

I have always stated and believed that comfortableness is an extremely important feature of a headphone. The more it is comfortable the more you enjoy using it.

Moving on to the comfortableness of both the devices, if you have a bigger head HD 650 is not for you bro. (!) Because the clamping force it has is quite strong. But maximum people will find it a no issue since it only bothers the people with a larger or bigger head.

Moreover, the pads on Sennheiser HD 650 are a little stiff which makes it less comfortable especially when compared to Sundara. But Sundara doesn’t have swivels on the ear cups at all. On the contrary, HD 650 contains some.

Furthermore, both the devices are light weighted and easy to carry. But in comparison, the weight of HD 650 is less than Sundara which makes it more comfortable to wear for a long time.

So, overall in between HiFiMan Sundara vs Sennheiser Hd 650, if you have a big head then stick with Sundara else if you want something very light to put on for long sessions then you can go with Sennheiser HD650.

In terms of performance, Sennheiser HD 650 and HiFiMan Sundara perform quite well in their individual areas. But if you think keeping the price in mind then you will obviously shout out Sundara. Because among both the head devices, the price of HD 650 is high but except for the difference between dynamic and planar driver headphones, other of their features are nearly similar. With that said, your preference for one drive type should be the focus while making the purchase decision.

Also, I must mention that amplification is required for both headphones. When you will test them with an amplitude of high performance you will find the performance of HD 650 more flourishing than the opponent.

Read: HD 600 And HD 650: Which Provides Better Performance from Sennheiser

As I have stated at the beginning of the article, Sundara has actually a great speed. Its planar magnetic driver gives it control in bass frequency and also provides it a great ‘tightness’. Elsewhere, HD650 also has a great speed especially better than its previous high-end generations.

Yet, if you ask me to choose between HiFiMan Sundara vs. HD 650, I will go for Sundara because the impacts it has is praiseworthy, even if compared with another HiFiMan lineup.

Sound-stage and imaging is an important feature of any headphone. Also in most cases, a person gives importance to these features at the time of deciding which one to buy or not.

Moving forward to the sound-stage of Sundara, its PRTF accuracy rate is 2.9db, PRTF Size and distance is 6.33db and 11.62db respectively.

So how will you determine whether the account space excitation value of a headphone is good or not?

So to cover you up we are providing you with great info! If the value is >7.5, then it is considered a good value. Thus, both the headphones are good in this.

Most importantly, the image precision and distinction of Sundara and Sennheiser HD 650 are quite similar. However, HD 660s is a better one than HD 650 in this regard. So for me, the winner is Sundara here.

Other Features and tonality

Both these headphones perform way better than the headphones from their anterior generation. Especially, at these prices.

Moving on to the image clarity, the graph of group delay and phase response of Sennheiser HD 650 is not as good as Sundara. Yet, it is not that bad either.

Moreover, you will find HD 650 more engaging if using it on high-end sources like Pro iDSD or SPL Phonitor. You will also find more textural shade here especially on the horn and bass sections.

So, in between Sennheiser HD 650 vs HiFiMan Sundara, you can pick any of them depending on your source equipment.

Besides, Sundara and HD650 both perform well in terms of tonality. Note that, in the previous reviews of HiFiMan Sundara you might have read that it has a problem with the base response. But the pads of Sundara have been revised, as a result, the bass response has improved too. Even this revised version of Sundara has taken over the frequency response of its elder brother HiFiMan Ananda. Moreover, the updated Sundara has the least peaky treble and good bass response which is -3.03. Besides, its low base, mid-base and high-base rate is -5.66dB, -2.3dB and 0.62dB respectively.

On the other hand

Moving on to its mid accuracy rate, the values are 0.74dB, 0.14dB and 0.73dB. Lastly, in terms of the treble accuracy rate which means the frequency response is from 2kHz-9kHz,

Sennheiser HD 650 leading over Sundara. The values are given in the following table:

Therefore, it is clear that Sundara has a bit of lower treble energy which gives better clarity and resolution for tones like piano or acoustic guitars. This treble of Sundara also enhances the tonal balance and tokes the upper-frequency range. And talking about HD 650, it has a good retrieval capacity which will also make you satisfied with its treble resolution. Rather than that, both the headphones are quite open sounding as well as airy. So, you can choose either one of them.

Read: Which has Better Base Response: Airpod Max or Sony WH

Interestingly, Sundara and Sennheiser HD 650 contains some kind of similar warmer sentiment. But, as mentioned earlier HD 650 has a dynamic driver and Sundara has a planar magnetic. So, in terms of sound, the planar one performs much better over the board due to a pair of significant reasons-

The upper mentioned reasons result in a natural and more realistic sound performance along with improved sound-stage, bass, lower-distortion, and micro-detail with better resolution.

However, both headphones can accurately portray a good range of musical genres with care and smoothness. From hip-hop to metal and mostly anything else is reliable on these headphones.

Having that said, for receiving the perfect performance you should go for Sundara if it is for Classic, Jazz, film, or even acoustic.

Moving on to the amplification, Sundara is ruefully inefficient with around 94dB/mW which doesn’t endure much power at 37 Ohms. So, you shall need an Amp/DAC for it. On the contrary, HD 650 is way more efficient at 97 dB and 103 dB. Although, at 300 Ohm, it has a higher impedance.

All in all, with some impedance issues both the headphones, are very easy to operate.

In between HiFiMan Sundara vs HD 650, except for the minor concern regarding the lack of a stage, there is nothing severe to complain or worry about HD 650.

Also, HD 650 is more natural and realistic and because of its lightweight, you can carry it for a long time and work which is a plus point.

But, as far as you are concerned about the pricing then I must say HiFiMan Sundara offers you better performance at less expense.

I believe, if the prices of both the headphones were the same then it would have been a really good and tough fight.

To put it more precisely, I must say if you are looking for something more creamy and laid back then HD 650 might be your one, but if you are more sort of a stress-free kinda homie then go for Sundara.

Remember, DO NOT OVERTHINK! And also, a reviewer can never decide for you on which one to buy. It only depends on your budget, requirements, and most importantly on the source equipment, you run it on.

FAQs of HiFiMan Sundara vs HD 650

In this section, we are going to provide answers to some of the basic questions. And these questions are the most asked all over the internet regarding this matter.

How is HiFiMan Sundara for gaming?

For gaming, Sundara is not that much up to par with the same kind of headphones. Plus for gaming, you should go for the one with better amp options.

I have to travel a lot for work and each time I have to carry tons of stuff with me, thus I was looking for an easy-to-carry headset. So between HiFiMan Sundara vs HD 650, which one is more travel-friendly?

Go for HD 650, it is more lightweight and portable. It will also give you good noise-canceling performance compared to Sundara. Added that, Sundara is not at all convenient enough for travel and it is not well communicable in a loud environment.

Which amplifier would you recommend for HD 650?

You can go with Modi for DAC and Schiit Magi. Here, you will find no problems with the base.

Budget is not an issue, but I need the best sound-canceling headphone that can work perfectly in a noisy environment. Which headset will serve my purpose?

Between HiFiMan Sundara vs HD 650, in this regard definitely go for the second one, that is HD 650.